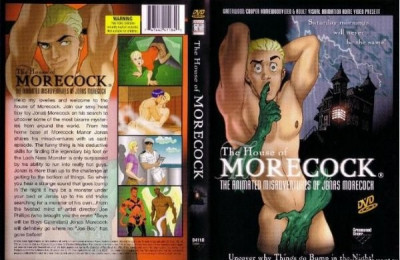 In October 2001, the studio Greenwood Cooper Home Video released the world’s first full-length gay cartoon for adults (excluding Japanese anime). The film "The House of Morecock" (Big House Member), also known as The Animated Adventures of Jonas the Big Dick, is a series of 9 episodes, with strange creatures, geisha boys, online sex, adventures in the woods and with the sailors. The action begins with the fact that Jonas ends up with two guys who ping at his door, after which his sex adventures begin. Then Jonas goes in search of the Loch Ness Monster, where he meets both the red-haired beauty and the monster. Jonas has the ability not only to find adventures on his ass, but also handsome guys along the way. Jonas has group sex with the sailors, meets the "Big Foot", and even fucks with historical figures. There is also an episode for the X-Files fan, which also ends in an orgy.
The multiplier’s work is canceled, the dialogues are comical, and the narrator’s voice is incomparable (similar to Harvey Fierstein’s).
Contents of the series:
Episode 1: Jonas talks about himself while he waits for a new hard drive for the computer to be brought to him. The guys who brought the disc are so cool! Sexual tension hangs in the air ….
Episode 2: Welcoming us with his charming street, Jonas tells about his journey in search of the Loch Ness monster … But he finds not only him, but also a young Scotsman …..
Episode 3: They say that naval sailors rarely have sex with anyone … But Jonas spends the whole evening with them. And then out of nowhere appears digger, gold seeker … which with the first strike of the clock disappears in 3 nights …
Episode 4: Jonas decides to go to rest. But he is so popular among guys that he alone fails. And who else, except him, can save the waterman when Jonas nearly drowns?
Episode 5: A free trip to Mexico leaves Jonas more mysteries than memories. While he is waiting for the plane, he decides to have fun with one of the locals. What happens in this episode afterwards is just fanatics!
Episode 6: At home, in front of the fireplace, Jonas recalls his journey in search of the legendary Big Foot. Jonas almost got lost, but a handsome woodcutter – a northerner gives him a helping hand. Together, they learn that everything they say about Big Foot is true.
Episode 7: At the party, Jonas is captured by aliens. But before he received a certain “millennium trial,” he was saved by 2 FBI sexual agents, and of course women are among them, as in the X-files. Well, the "test" do Jonas agents themselves
Episode 8: Jonas is going on vacation to Japan. After walking around the beautiful island, he stops at a bathhouse where a sexy local resident joins him. Jonas actually wanted a break from adventure … but something he doesn’t really do
Episode 9: Standing in the shower, Jonas suddenly discovers that he is at the crossroads between heaven and hell. Angel and demon are trying to recruit him into their ranks, both are beautiful and Jonas …. well, what can you do with beautiful guys? 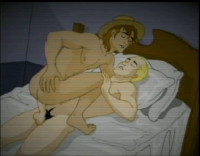 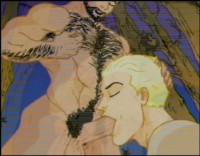 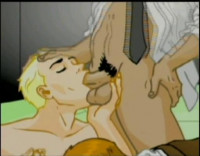 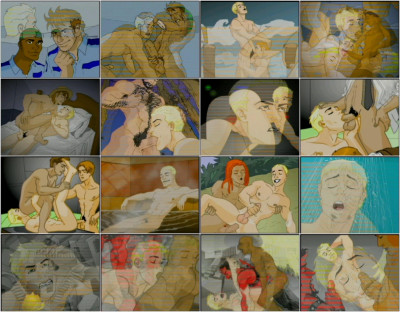