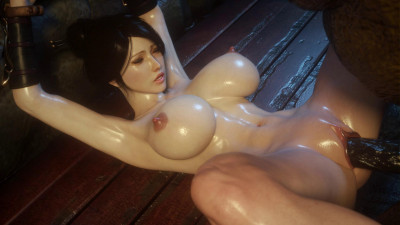 Since Secret of Beauty 3, The Stone Lady Karen has continued to collect the semen of orcs and men. Any man who has sex with her will experience the most pleasure he’s ever had, but at a cost… The Stone Lady steals mens’ energy, leaving them unable to stand… or lifeless. Some believed the Stone Lady was a legendary succubus, while others said she was a devil’s concubine. Nobody knew for sure who or what she was, but such a dangerous witch could not be left unchallenged, so a huge bounty was placed on her head.
For a while, no one could find her… Then one day, an assassin, the kunoichi Suzi, finally found Karen’s hideout and confronted her. The kunoichi underestimated her, however, and was overwhelmed by the Stone Lady’s magic.
Karen considered catching her assassin, but decided in the end that she might be useful to her alive. Thus the kunoichi found herself in jail, where she quietly considers her next move… that is, until the door of the prison cell opens…
Suzi, The Kunoichi
She is a well trained female ninja. It is her specialty to pursue and assassinate the target. Sometimes she uses her beauty to approach her opponent, but it is not the way she likes it. She is good at controlling pleasure even pain through sex. It is also a result of hard training. When she was confined in prison, she was confident that she would not be afraid of any situation. 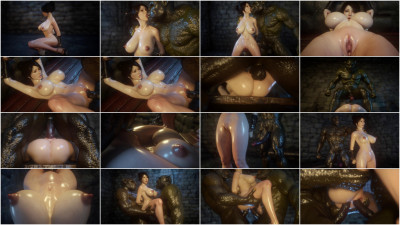